Cameron was randomly throwing up for a few months and it was becoming more and more frequent. When he began experiencing trouble with his vision and dehydration, we took him to the ER at Loma Linda on June 30, 2020. After a CT scan, doctors discovered a mass in his brain. He was immediately referred to Neurosurgery and admitted to PICU. The swelling in his brain (Hydrocephalus) was too severe to safely preform an MRI. Cameron had an external shunt placed through the top of his skull to drain the excess fluid. After his intercranial pressure (ICP) was stable, a three-hour MRI was preformed and he was prepped for surgery the following day. His craniotomy was successful. After only four hours of the planned eight-hour surgery, Cameron’s neurosurgeon explained that the entire tumor was removed. 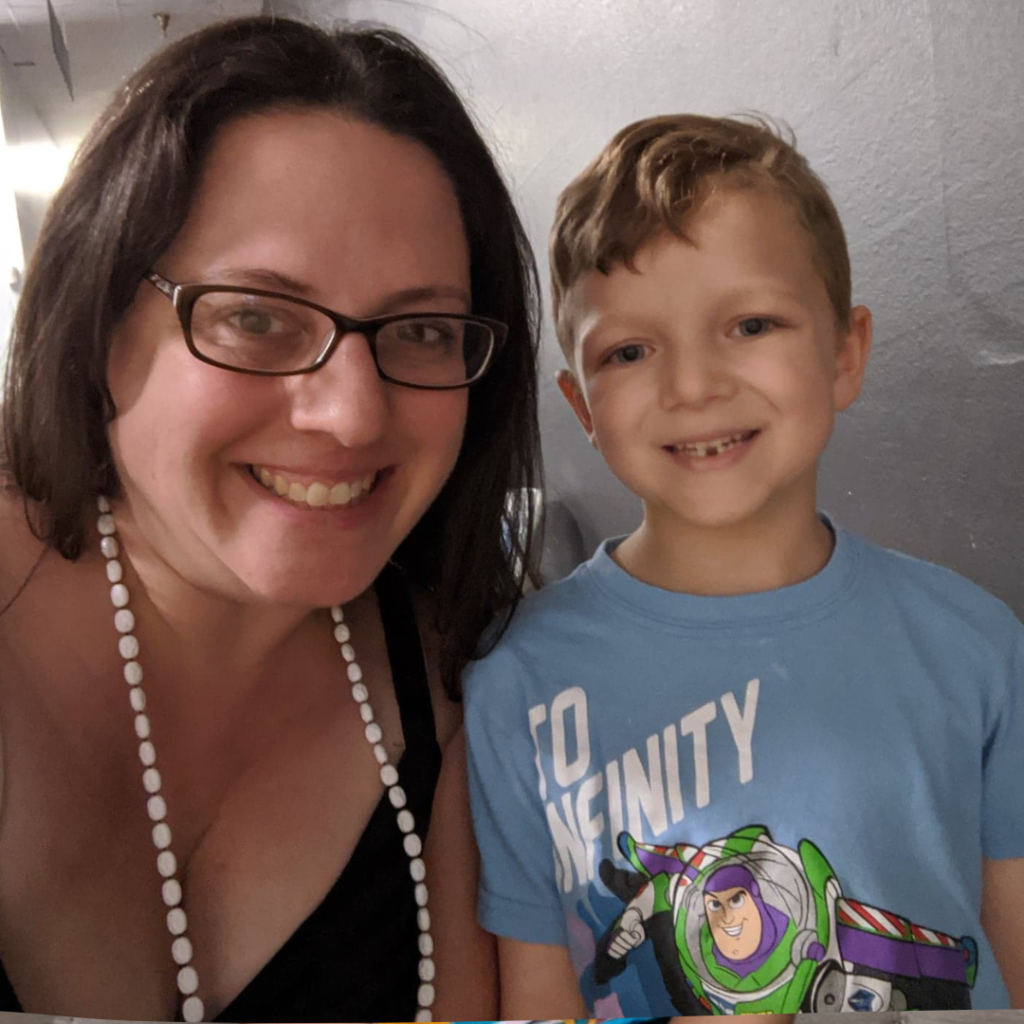 A follow-up MRI confirmed this statement. Cameron remained in PICU while his ICP was monitored to make sure an internal shunt did not need to be placed. Cameron went home after spending eleven days in PICU. Dr. Robison, his neurosurgeon, sent his tumor to pathology, where they discovered that the tumor was Medulloblastoma.

Cameron was admitted to the Oncology floor of Loma Linda Children’s Hospital. He underwent another MRI and lumbar puncture to check for metastasis. The cancer had not spread. His port/central line was placed. He began the Headstart IV Clinical Trial the following week. He would have three induction rounds of chemotherapy and then if his scans were clear, he would move into the consolidation phase where he would receive an analogous stem cell transplant. Cameron received four different chemo medicines each round. During the first round, while his body was trying to clear the final medication, he experienced a neutropenic fever. Then another, then another. Doctors decided it would be best to keep Cameron until all of his counts recovered, which ended up being just over a month. He received a number of rescue medicines, blood and platelet transfusions and even underwent daily injections to help boost his white blood cell count. When his counts recovered, he went through the stem cell collection process to be stored and used later after he went through the final consolidation phase. We were able to go home for a few days before returning to the hospital to begin the next round. During the second round, we experienced the same fevers, but this time developed an ileus (constriction of the intestine) from one of his chemo medicines. This made our stay five weeks this round. He had a couple days break again and then returned for round 3. Round three went very much the same as round 1, making our stay another month. We were given a week break before consolidation started. His MRI remained clear of cancer.

He was admitted to the Bone Marrow Transplant (BMT) in November. After receiving five days of high-dose chemo, including Thiotepia, which requires a bath every six hours because it is secreted in the skin. Cameron received his final chemotherapy dose on November 16, 2020. His transplant day was November 19th, 2020. After remaining in isolation for five weeks, Cameron was cleared to go home. However, we live 75 miles from the hospital and needed to stay within 30 minutes in case Cameron got sick. The Childhood Cancer Foundation generously provided a home just across the street from the hospital named The DougOut. There we were able to spend Christmas and New Years together as a family while receiving necessary infusions and blood and platelet transfusions. In January, Cameron was cleared to go all the way home. He needed to remain isolated from everyone until 100 days after his transplant. Cameron returned to Loma Linda three months later in to have his quarterly MRI scans. The threat of relapse was terrifying, but his scans were clear! At six months post-transplant, he returned for scans again, and thankfully again, his scans were clear. Shortly after at a routine audiology test, we discovered that Cameron has moderate high-frequency hearing loss due to one of his chemo medicines. We have since scheduled more frequent testing to monitor the loss. We are preparing to scan again in September.

Throughout this entire journey, we were restricted to only one parent with Cameron in the hospital due to Covid-19 and Cameron was unable to see his older brother Zak for six months except for the little breaks between rounds. Being able to have both parents and his brother at The DougOut for Christmas was an amazing gift.

Throughout Cameron’s treatment our family relied on God and each other to get through it. I am a teacher and taught my students online from the hospital room. Dad traveled back and forth from our home and work to the hospital every day to spend the night with Cameron. It is said that the Lord carries you when you no longer have the strength to walk. I can attest to that being true. Not only were we carried through the toughest moments of our lives, but the Lord provided angels to watch over us. Our angels included the doctors and nursing staff at Loma Linda, other cancer parents also fighting this awful battle, our community supporting us financially and emotionally, and two beautiful angels that are with our Lord already that watched over Cameron. In the early days of diagnosis, in prayer, I was told two things. One, that the Lord will use Cameron and our family to show that He can move mountains, and two, that we needed to continuously pray for the best possible outcome. The Lord showed up big time. Throughout treatment, Cameron experienced the best possible outcome out of anything that was thrown at him from precise surgical hands, to an abundance of stem cells to rescue him (which were prayed over by the nurses), and the best part, a smile and joyful disposition despite his circumstances.